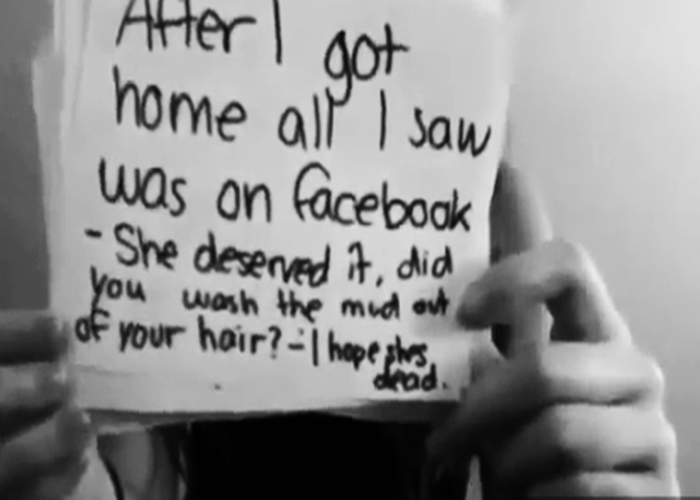 If you were disturbed by 15 yr old Amanda Todd’s suicide by bullying on facebook; you were probably disgusted by the fact that the bullying and justification for her suicide continue, even on Facebook pages dedicated to her memory.

While the sane among us, now go through the predictable soul searching and assigning blame on Amanda’s parents, teachers, bullies, immature teenagers, sadistic predators etc., maybe it is also time to demand more from Facebook itself.

Zuckerberg thinks that kids under 13 should be allowed on Facebook. It is then reasonable to expect Facebook to be proactive about anti-bullying. When you are a publicly traded company with over a billion users, you have to shoulder some responsibility for things that happen under your watch.

To be fair, Facebook has taken some steps to combat bullying. They have also implemented features that allow offensive behaviour to be reported but not many know that these options exist.

Maybe one proactive solution could be that the accounts of anyone under 18 should include clearly visible options to report bullying, for each post in their feed. Could this encourage passive bystanders to report bullying? Can all fan pages prominently display options (even if accessible only to minors) that can be used to report offensive behavior, like bullying.

Could Facebook automatically pass on  information received to an educational institution’s official Facebook page, based on algorithms that can validate the reports? E.g. the Facebook page admin would receive a notification that 25 students from their institution have reported a post by so and so or on such and such page.
Anyone have better ideas?

I admit, I’m not sure how it would all work, but there has to be a better solution from Facebook. Especially if they are advocating for preteens to be legally allowed on their platform.