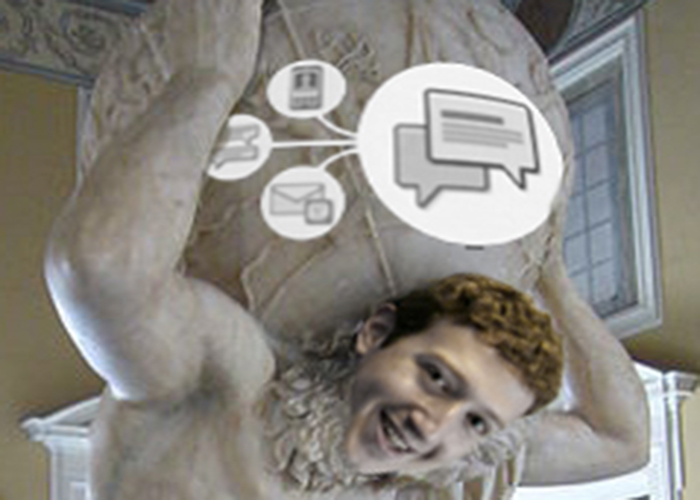 With a name like ‘Project Titan’, the internet buzzed with the expected arrival of a ‘Gmail killer’. Tech folk had visions of a product announcement rivaling the cunning and stealth of Cronus, who took over as leader of the Titans from the original ruler, his dad Uranus. 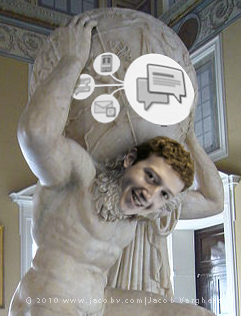 The parallels are pretty hard to miss – Gmail is a vital part of Google (the old king) and it looked as if Facebook (Cronus) was going after it. To put things into context, Cronus castrated his dad (with a sickle, no less) during the overthrow.

Mark Zuckerberg pooh-poohed that talk, instead nonchalantly positioning the product as something primarily inspired by high-schoolers. Underplaying the ambitiousness, he also implied that any shift towards product usage would be gradual, coming generations were the target users, etc…

Maybe so, since some who currently work with email do not seem to be impressed : Facebook email flop

To be fair though, Facebook does have the numbers and reach to try something like this. How it will pan out, no one can really be certain. At this point, it is perhaps a good gambit on Mark’s part to pretend that Facebook is Titan Atlas, bearing the weight of innovation, instead of ambitious Cronus. He does seem to be having a bit too much fun at it, to be convincing enough.

The ‘by Invite’ rollout already seems to be creating demand via exclusivity. When was the last time anyone paid 300£ (approx 470$) for an email address, even for a good cause?

One could be forgiven for believing that, the nonchalance at display during the Facebook email announcement, was a well thought out marketing maneuver.

I’m pretty certain the embattled Uranus is not falling for it and has even more reason to be apprehensive. You agree?