Any relatively smaller brand seeking brand recognition, in one of the largest emerging economies, can learn from Finnair. At the time of writing this post, the video of a Bollywood dance performance from the Finnair cabin crew is at more than 4 million hits. END_OF_DOCUMENT_TOKEN_TO_BE_REPLACED

Before Angry Birds and Twitter there was Alfred Hitchcock’s classic ‘The Birds‘. Perhaps, newer generations will learn of these films only via passing references like this one.  In any case, I’ve now completed the third installment of my Halloween, Hollywood inspired content series. p.s: It’s all fun and games until a whale gets hurt. Do Read more about The Birds! Failwhale version[…] 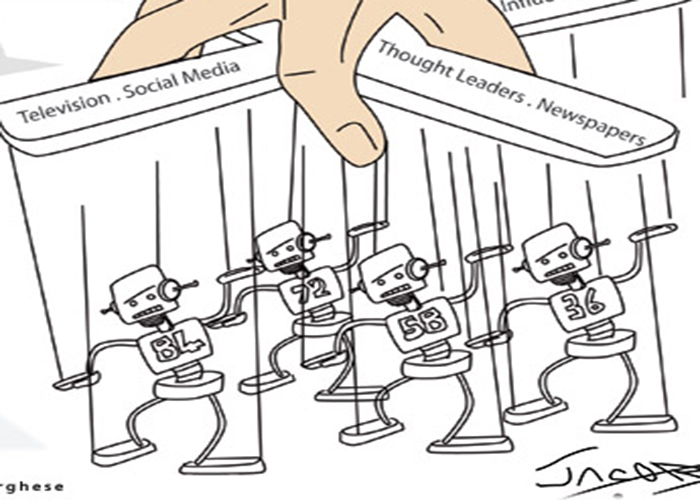 To Aaron et al.,
I am curious about a few things. Perhaps you and/or others, can clear it up for me.

I know Klout now connects to other social networks but Twitter still seems to be the primary mover of Klout scores.
Have you tried ignoring twitter for 4-5 days and totally rocking it on Facebook? I suspect your Klout score will drop (as it did in my tests). Maybe Klout does not have access to Facebook’s walled garden.

I could be wrong though, so would like to hear from others; Anyone with a high Klout score who is NOT active (maybe tweeting a cpl of times a week) on Twitter? END_OF_DOCUMENT_TOKEN_TO_BE_REPLACED 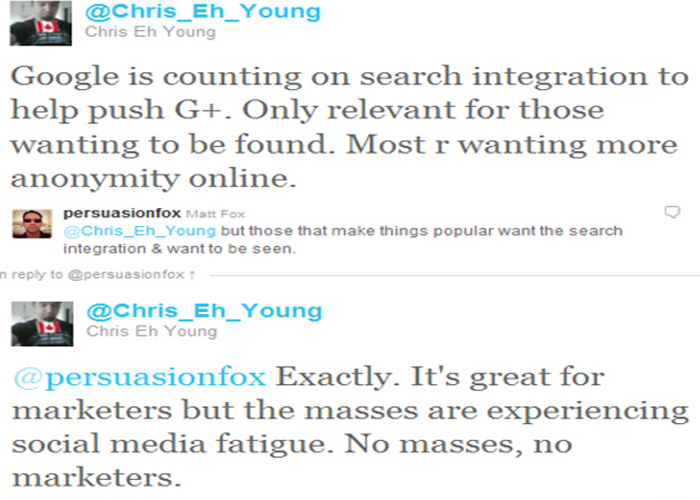 Let’s face it, with the healthy lead of 750 million+ users, established by Facebook, Google Plus will take a good while to catch up. Even if the mainstream are to ‘overcome social media fatigue’, that is. 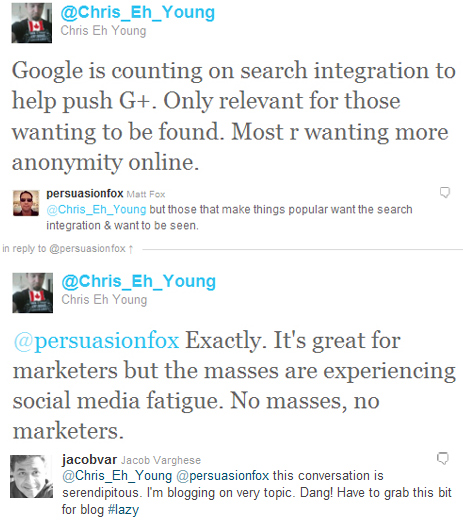 So we plod along on G+, in wonderment of the growing ‘circularity’ of the early adoptscoble, et al. END_OF_DOCUMENT_TOKEN_TO_BE_REPLACED 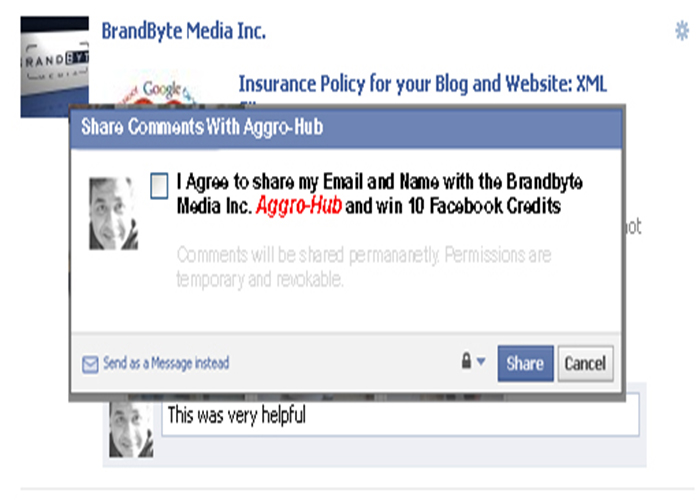 Over all, the online marketing community over-emphasizes on blogs as being the HUB of customer engagement…though, I admit – with good reason (as of now). Hubs of the future, may not be centralized and could be a collection of third party sites (which will wax and wane in popularity). We are probably seeing the Read more about Evolution: Blog to ‘Aggro-Hub’?[…] 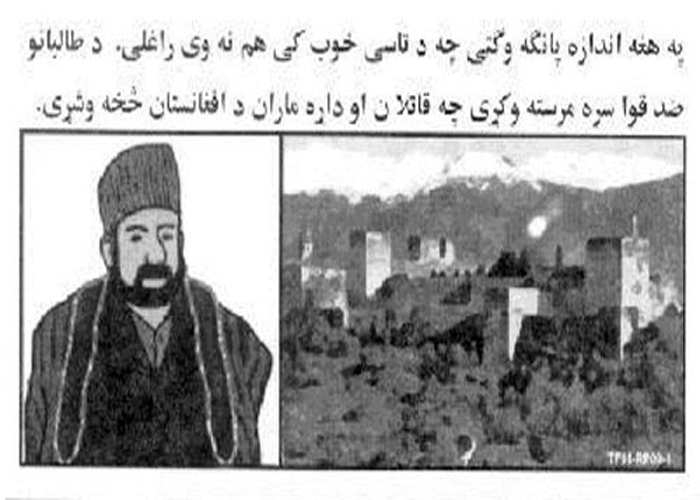 Blogs are great for all the reasons the one and only Mark Schaefer mentions here. If only more people who should read that post, did! Trapped in a Time Warp Now here are some people who would never read that article Mr. Leaflet: He’s been successful in fast food retail. A4 flyers have evidently Read more about Not Built to Blog[…] 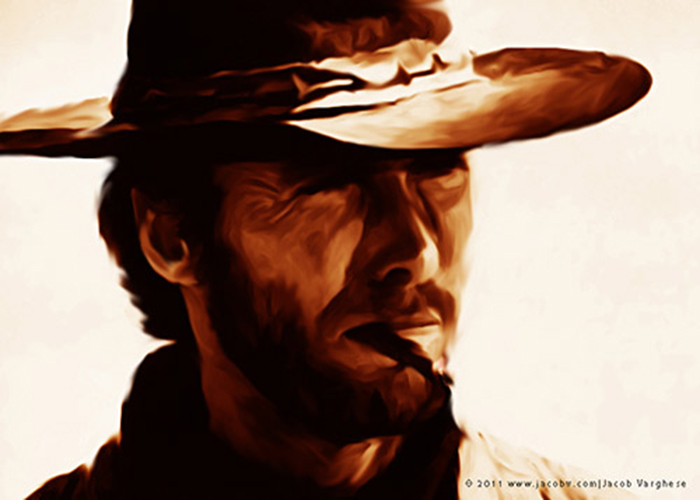 NOTE: The following is an excerpt. Please read the complete article on the BrandByte Media Inc. website. You have a website. So do your competitors. There are millions, maybe billions and counting, websites online. How do you help your customers find you from amongst all the noise? Does your digital presence help you stand out? Read more about Does your Business have Online Charisma?[…] 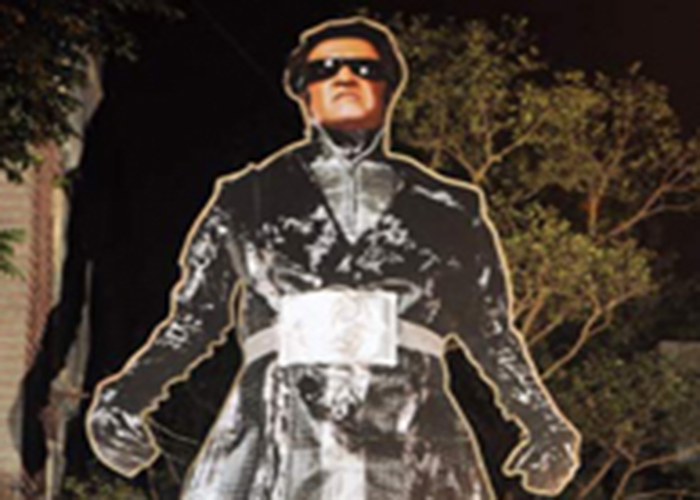 Terms like ‘influencers’ and ‘thought-leaders’ implies an elitist ability to ‘influence’ people into predictable patterns of thought and behavior. This makes fertile ground for ideological as well as corporate monopolies. Such methods may have been vital (even necessary) part of civilization building, in the past. But that was before technology provided us with means of real-time social communication – ubiquitous, intuitive and accessible (by large numbers).

Though both platforms have their strengths and weaknesses, the connections we form on Twitter don’t have the limitations posed by circumstantial dependencies of Facebook relationships.

Have you ever read the wonderful things about social media, in the news, and thought ‘I don’t get it’ ‘What a waste of time!’ etc.? Working with Jacob has been a real pleasure! Jacob was highly recommended to us to help structure and monetize a complicated project. Jacob was able to quickly ascertain our needs and guide us to develop a clear strategic direction on new business units need for a very quick turnaround.
Tina Brillinger
President & CEO, Global Food Safety Resource (GFSR) 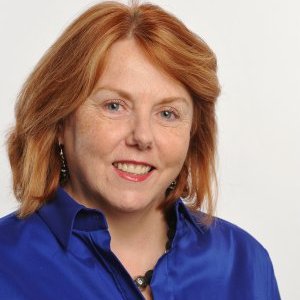 I'm selling my old domain BRANDBYTE.COM The domain comes with a bunch of freebies like 100 free 10+ GB email accounts. Click on the domain name for details