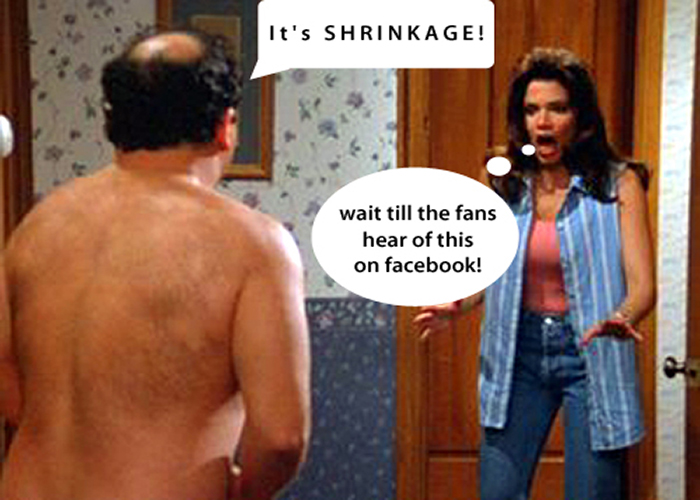 A lot of the talk about integration of television with social media seem to be marketing centric. Shows like Glee seemed to have harnessed the power of social media to leverage promotional benefits and audience interaction.

Aside from a marketing perspective (including social media interaction analytics to give brand marketers better data on T.V audience behavior/intent), the focus seems to be on integration based on audience interactivity with T.V shows.

A couple of links with more insights on the topic

Advancing the plot via social media

‘In terms of physical change, someone’s going to figure out how to make shows interactive as you go along…I wish it would be me’.-Mark Burnett

I guess everyone is waiting for a technical solution that provides better interactive tools.

What about experimenting with writing social media integration INTO the plot?

Audiences already play a small part in advancing plots by voting for their favorite reality show contestant etc. How about letting them also take part in the unfolding plot on a deeper level?

A reality TV show where Ms.GirlFriend is being cheated upon by Mr.Cheater. The audience knows.

The audience will be given an opportunity (toward end of the episode) to spill the beans out to Ms.FemFriend (female friend of the best friend of Mr.Cheater) via facebook. Once online Ms.FemFriend would consult with the audience, on some moral dilemmas she is faced with, in letting Ms.GirlFriend know the truth.

However, the final decision would be Ms.FemFriend’s to make.

The audience would deliberate and debate the outcome, on social media, of the consequences of their choices. They would not only be part of the plot, helping advance it, but are also helping cast members make moral/ethical decisions.

If that’s not audience engagement, what is?

Of course, creative and logistical efforts have to ensure continuity across the two platforms (television and social media).

In time, both television writers and audiences will find ways to enhance the engagement/integration experience.

p.s: Mark Burnett, please contact me to find out where you can send royalty payments 🙂

All this is not without ethical, monetary and legal consequences.

When lines are blurred between audience and the reality show, who takes responsibility for the consequences? Are  cast members going to be compensated for their online interactions (part of the evolving plot)? Will cast members use their personal facebook account? Etc.

More importantly, as a society should we really do more, to encourage entertainment built mainly around voyeurism, than we already do? Will the blurring of lines between television and reality, cause more harm than good? Is this kind of  ‘real television’, something that you want your children and/or yourself to be part of?

What do you think?